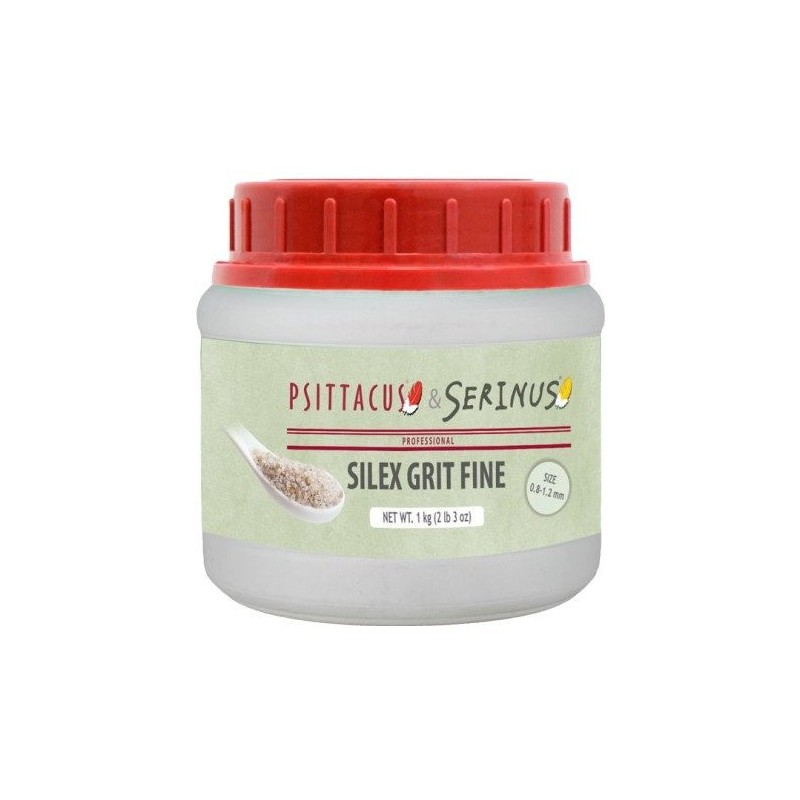 This sand is calibrated to the optimal size to be ingested by these small birds (0.8 – 1.2 mm).

Its consumption is essential to ensure optimal functioning of the gizzard and the digestive system in general.

The function of Flox Grit is purely mechanical and should not be confused with calcium grits, which have a nutritional function as a source of calcium.

Contrary to what happens with calcium grits, flix grit is insoluble and does not dissolve in gizzard by the action of gastric acids.

In the absence of a contribution of flix grit, it may happen that birds ingest calcium grits as a substitute in search of a mechanical action that will not occur completely, and can lead to potentially harmful hypercalcemia.

It is recommended to put flix grit freely available to birds in a separate container.

The amount consumed will be a function of the characteristics of the diet and the level of specialization that the species has in the consumption of seeds.

The most purely granivorous species are the ones with the highest requirements in mechanical grit (insoluble).

13 reviews
€2.80
Presentation of the product Prestige Grit with coral is a mixture of oyster shells, pebbles, flint, coral sea,...
Send us your question

€32.40
I think UNIFEED L.O.R   VITA IS a product studied for feeding nest chicks. The novel production...